Digital Transformation can be regardad as a buzzword. However, IDC research found that organizations able to close the digital gap returned to growth faster and were more agile than their peers who did not embrace digital transformation. Organizations are leaning on transformative technologies like cloud, artificial intelligence (AI), mobility, augmented and mixed reality, the internet of things (IoT), and machine learning (ML) to grow profits, increase innovation, enable employee productivity, drive operational efficiency, and improve the customer experience.

In the old days, the life of an application development team was hard. First they worked out the specifics with the infrastructure department who designed the environment and ordered the equipment. Once the equipment was in, the infrastructure department built the environment. Only at that point could the application development team install, test and run their application. This entire workflow usually took several months.

But the ball game became entirely different when Cloud rolled out. Instead of a data center with limited capacity, the Cloud offers virtual infinite capacity. And instead of designing infrastructure based cabinets, racks, equipment, and connections, there’s an easy-to-use portal where you can create your virtual infrastructure with some mouse clicks.

But the flexibility and scalability comes with a price. This example explains more.

Let’s compare a data center to a shed. You can put boxes into the shed until it it’s full. Once it’s at capacity, you’ll want to make room. You start doing this by sorting which boxes to keep and which boxes to throw away. Now a provider comes along with a tempting offer: a hangar. And there’s more, you don’t have to pay upfront as you did with the shed but only pay for what you use. You accept the offer to put boxes in and pay for those boxes. Even better, not only do you start paying as you put boxes in, you also stop paying at the moment you remove boxes. Can you guess what will happen? In most cases you’ll keep putting boxes in, because there is no physical barrier like the walls of the shed. And then the hangar provider comes with the bill…

What cloud cost tools do…

…what cloud cost tools don’t do

To draw the right conclusions from cost graphs, you’ll need a thorough knowledge of the price models used by cloud providers. Most cloud architects focus on cloud services and their possibilities rather than on the applied price models. The given recommendations by tools focus on rightsizing, reducing unused resources and applying discount schemes such as reservations. Other savings, such as applying on/off scenarios, optimizing licenses and cloud architecture has to be brought in by specialists, since these require knowledge on the context and usage of applications running in the cloud. The tools won’t do that for you.

Another thing the tools won’t do is actually achieve savings. Let me return to the previous example of the hangar containing boxes to illustrate this. Let’s add that you don’t rent the hangar space as an individual, but as a company, and that’s it not only your own boxes you pay for, but boxes from company employees too. Instead of being responsible with your own boxes, you first have to know who is having boxes in the hanger, second having to coordinate with them which boxes to keep and which to throw away, and third getting them to actually throw away boxes within a reasonable amount of time.

By removing or downsizing cloud resources, a similar situation exists. You have to find the application owners, align with them and have them take action. Existing tools just give information and recommendations; the hard work of actually taking action is something that you have to do yourself. In reality, a growing number of application owners are reluctant or, even hesitant, to optimizations.

They see changes as a risk, or do not want to give it priority. Making sure the application will continue to run properly requires analysis and test effort, which isn’t the first priority of application owners in most cases.

This approach has worked for a number of enterprises. For an international Telecom operator, the cloud economics service has helped reduce the spend with over 30%, on both AWS and Azure spend, while setting up a framework to monitor the costs and make adjustment on a monthly basis.

For a Dutch logistics company, Cloud Economics has helped setting up the cost control processes for their Cloud Center of Excellence. By using the processes, they have a structured way of analyzing costs, generating recommendations on savings and tracking these savings while application teams are implementing them. 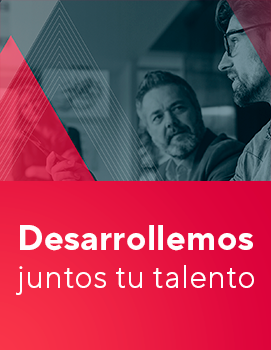